Eve Ensler: In The Body of the World

The Tony Award-winning author, performer and activist Eve Ensler, whose The Vagina Monologues is an international sensation, comes to MTC with a powerful new play based on her critically acclaimed memoir. While working with women suffering from the ravages of war in the Democratic Republic of Congo, Ensler was stunned by a life-threatening diagnosis. Told with her
signature brand of humor, Ensler’s personal journey uncovers surprising connections between her body and the earth and how illness can be both transformative and transcendent. Directing this bold, unflinching and inspiring piece is Tony Award winner Diane Paulus (Waitress, Pippin). 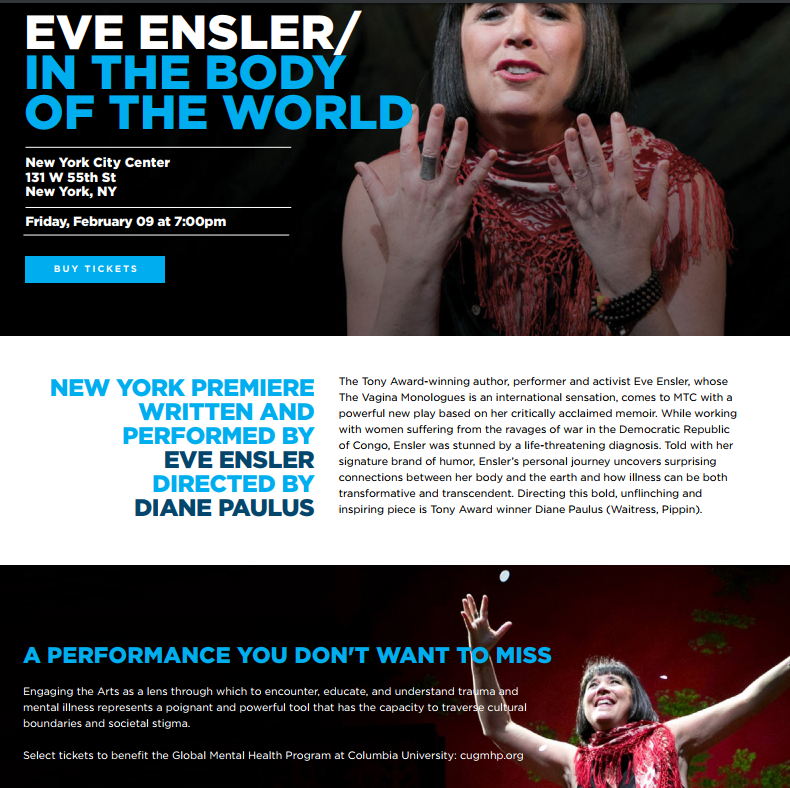